Our first visit to the Marian (Charterhouse)

As a result of a meeting called by Phil Rees at the Pendre Inn in January 2009 it was descided to send two members to Bangor to renew Fishguard & Goodwick’s contact with the Charterhouse!

After 4 hours of driving, in fog most of the time, we arrived alongside the Charterhouse [sorry Marian]  at midday.

The weather was equal to the summers we don’t seem to have! The tide was full and the water calm as can be seen in the photographs on the main pages.

Waiting for us were three generations of the Lomas family – Neil and his wife Anne, his daughter Judith Lomas Taylor, and his two grandchildren Ruby and Dougie.

John spent his time evaluating the technical aspects of the Marian while I was taking photographs of  more general views. 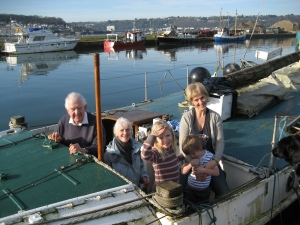 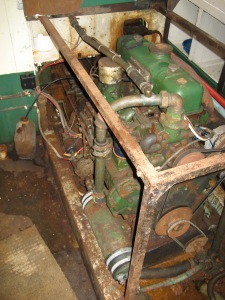 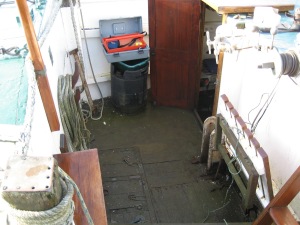 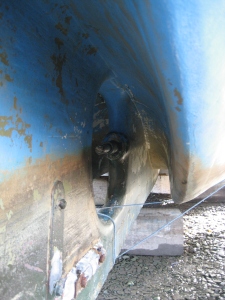 As Marian was afloat we visited the  ‘sister ship’ on the quay nearby, to view the position of the ‘prop’.

After a two hour stay, we returned to Fishguard, and reported our ‘survey’ to the whole of the Fishguard lifeboat crew in their weekly ‘tutorial’ at The Ship Inn at Lower Town.

This entry was posted on Sunday, April 19th, 2009 at 6:42 pm and is filed under Visits. You can follow any responses to this entry through the RSS 2.0 feed. You can leave a response, or trackback from your own site.

2 Responses to Our first visit to the Marian (Charterhouse)